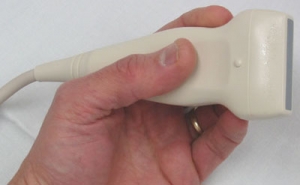 The transducer produces ultrasonic waves in pulses which pass through the skin into the body and are reflected back by various body parts. The reflected waves are detected by the transducer and are then converted by the computer which is connected to the transducer. The computer then produces a real-time image on the monitor and can also be recorded for further examination. External ultrasounds are used to examine the developing fetus  in the pregnant mother’s uterus, kidneys, heart, gallbladder, liver, and the reproductive organs.

The endoscopic ultrasound (EUS) or echo-endoscopy is a medical procedure in which endoscopy (insertion of a probe into a hollow organ) is combined with ultrasound to obtain images of the internal organs in the chest and abdomen. Endoscopic ultrasonography is commonly used in the upper digestive and respiratory system. Another procedure is the transesophageal echocardiogram (TEE) which is an alternate way to perform an echocardiogram. During a transesophageal echocardiogram a specialized probe containing an ultrasound transducer is passed through the patient’s esophagus. Endoscopy procedures may be uncomfortable and as a result the patient may be given a sedative or painkiller prior to the procedure. 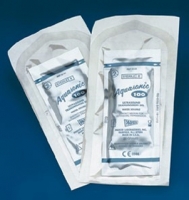 The FDA is advising health-providers to remember that only unopened ultrasound gel labeled as sterile is safe to use for procedures that require sterile products. Those products that are not labeled with respect to sterility are not sterile, the agency emphasized. Refer to your facility’s infection control or other risk control procedures for more specific information. To request a free sample of our sterile ultrasound sound gel packets please click the button below.

Send Me My Free Sample!