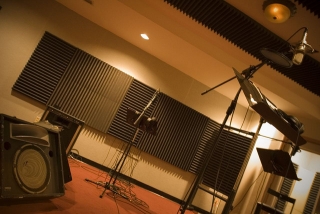 Attenuation is the measurement of energy absorbed and deflected as it passes through a medium. In simpler terms, attenuation is how much stopping power a material has on energy. Consider how energy travels; most energy forms, whether sound, heat, light or radiation, travel in waves.  The wavelength and amount of force propelling the energy affects how that energy reacts to any object in its path.  The atoms of the object will absorb some energy, deflect some energy or allow some energy to flow through. The measurement of the absorbed and deflected energy provides us with an attenuation rate for any given material.

Deflected energy is energy that’s original course of travel has been changed by an object in its path.  Deflected energy is also known as scatter energy. An example of deflected energy is present in the following rescue scenario: In a survival situation, a mirror can be used to signal for help by deflecting the sun’s light rays toward a rescue plane.  The energy source is the sunlight and the object is the mirror. When the mirror is placed in the path of the light waves, the mirror’s atoms deflect the energy in various new directions.  This scatter energy can be seen by the search and rescue team when flying overhead.

Absorbed energy is energy that is incorporated into the atoms of an object in its path. A musician in a recording studio appreciates the concept of absorbed energy when considering their sound proof walls. In this scenario, sound waves are the energy and foam padding is the material. As the instrument’s sound waves travel toward the foam padded walls, the atomic composition of the foam absorbs the sound energy.  This effective energy absorption is particularly important as it provides superior sound quality.  Without absorption by the foam padding, the sound energy would be deflected and the scattered sound waves would cause an echo in the recording.

The term attenuation is often heard when referring to an x-ray. The same concepts described above apply to medical x-rays. Radiation is the energy source and the target of clinical interest is the object. Radiation is emitted through medical imaging equipment and the energy is attenuated by a patient’s bones and internal structures to create an image. The use of x-ray energy allows doctors to see inside a patient without having to create an incision. The medical industry’s understanding of the attenuation concept is invaluable to every patient that has relied on medical imaging to ensure their health and well being.

Attenuation is an important concept which must be understood in many applications. Without an understanding of attenuation one may not survive a life threatening situation, music downloads would not sound clear and broken bones would not be easy to diagnose.  The world constantly uses the knowledge of attenuation to develop various technologies in an effort to realize optimal results.  Even today we continue to mix and match materials and energy sources to advance technology through the use of the attenuation concept.